✕
✕
Your rating
Note: Click on the rating number you want to give for this movie.
BollywoodMDB
⟩
TV News & Adda
⟩
Kanika Mann flaunts her injuries; calls them her new ‘trophy'

Kanika Mann is a famous face of the television industry, who is currently busy shooting for the stunt reality show Khatron Ke Khiladi 12. Hosted by action director Rohit Shetty, the show demands the participants to go all out which causes them injuries and scars.

Speaking of which, Kanika Mann recently got badly injured during a task. But the actress has taken it in a sporting way and decided to flaunt her injury as jewellery or trophy for being part of such a show.

During a conversation, she said, “Yes, I have got a few injuries. In fact, I was telling Rohit Shetty sir recently that I am not able to move my hand and leg and he told “Humari audience ko toh nahi pata na, they feel you have come here in Khatron Ke Khiladi and you are a strong player, come now is the time to show, that you are a strong player.” So it’s fine, we are here and injuries are a part of a stunt-based reality show like KKK.”

She added, “I think the beauty of the show is when you are performing the tasks, you don’t pay attention to your injuries. Jiska pair bhi toota hota hai na who daudne lag jaaye, we get such an adrenaline rush. We get so motivated and excited that we decide we have to do it. There is a different motivation and if suppose the other contestant has done a better performance, then we get more charged up. Of time. And we forget about our pain injuries then, at that point. But once we were done with the stunt, we realised, ‘Oh I’ve hurt my hand, leg (laughs)’.” 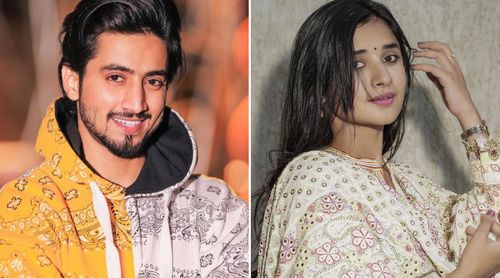