✕
✕
Your rating
Note: Click on the rating number you want to give for this movie.
BollywoodMDB
⟩
TV News & Adda
⟩
Nakuul Mehta channels his ‘inner Priya Sood’ as he wears a wig on the set of Bade Acche Lagte Hai 2

Nakuul Mehta portrays Ram Kapoor in Bade Achhe Lagte Hain 2 (2021), and Disha Parmar plays his wife, Priya Sood. The show is extremely loved by the audience. Many people praise the chemistry between Nakuul Mehta and Disha Parmar as Ram and Priya. Although Bade Achhe Lagte Hain 2 has received a lot of criticism for its plot and parallel narratives, fans still adore it. Ram, aka Nakuul, is a genuine entertainer both on and off-screen. Nakuul Mehta shared a reel video while channeling his inner Priya.

Nakuul shared a video on Instagram in which he can be seen sporting Priya, a.k.a. Disha Parmar's wig. The video starts off with Nakuul's back, followed by his hilarious hair flip. Tumse Milke Dilka, a song from the movie Main Hoon Na (2004), starring Shah Rukh Khan, Sushmita Sen, Zayed Khan, and Amrita Rao, was attached by Nakuul. The video is finished with a kiss from the Bade Achhe Lagte Hain 2 actor. Sharing the video, the Never Kiss Your Bestfriend (2020) actor captioned, "Channeling my inner Priya Sood! Haters will say ``not as Pretty!"

On the personal front, Nakuul is married to the singer Jankee Parekh. They got married after dating for nine years, and now they are happy parents of a son named Sufi. Mahasangam Saptah: Get ready for a double dose of drama and entertainment as Bade Achhe Lagte Hai 2 and Appnapan- Badalte Rishton Ka Bandhan come together! 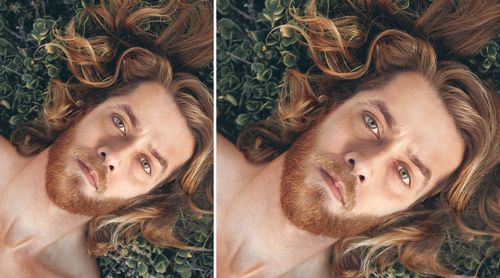