In Bade Achhe Lagte Hai 2, Nakuul Mehta can be seen standing next to Disha Parmar.

Nakuul Mehta is one of the most well-known performers in the television industry, but he is also a loving father to his adorable young son Sufi. The actor is happily married to his longtime love, Jankee Parekh, and they have a son named Sufi. Despite his busy schedule, Nakuul frequently finds time to practice Sufi and share this with his fans. The father-son team often appears to have fun at home or enjoy games.

Nakuul and Jankee went on a Sunday outing with their son Sufi. Nakuul offered a glimpse with his admirers of their pleasant time on his Instagram handle. In this video, Nakuul is seen coaching his little son Sufi while playing football with him to become the next Michael Jordan. Nakuul shared this video on his blog. "Hallelujah Sufi Jordan" and in the caption of this video, he wrote, "Am I becoming that annoying parent who’s actualising his life goals through the offspring? No, right! Thanks in advance." In the comment section, fans are cheering this father-son duo and have also tagged them 'cute'. He captioned

Fascinatingly, Nakuul responded to a commenter who asked, "Do you want to expand your Instagram followers of?" by saying, "No. I'm satisfied."

Nakuul is married to his longtime partner, Jankee Parekh. Nakuul and Jankee have been together for about ten years and have a son named Sufi. They have a reputation for having a good time together, which has been essential to sustaining their passion for so long. Family photos of the couple are routinely shared online, and baby Sufi has her own Instagram account.

Nakuul made his television debut in 2012 with the Star Plus show Pyaar Ka Dard Hai Meetha Meetha Pyaara Pyaara, India's Got Talent. He later appeared in shows such as Ishqbaaaz and Dil Boley Oberoi. Additionally, Nakuul performed in web series like "I Don't Watch TV," "Never Kiss Your Best Friend," and "BAE Control." He currently essays the role of Ram Kapoor in Bade Achhe Lagte Hain 2. . He bagged the Indian Television Academy Awards for the best actor (Critics) category for his performance as Ram. 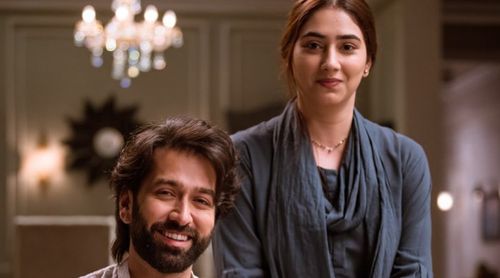