Netizens were once again put in a state of utter confusion by Rakhi Sawant, who never fails to be spot-on with her surprising discoveries and fashion statements. Adil Khan Durrani, the actress's longtime boyfriend, and the actor are reportedly married. Multiple media outlets have reported that she secretly wed Adil in a small ceremony. The couple's photo with their marriage license was also shared by media outlets.

Long-term lovers Rakhi and Adil were frequently spotted together. Rakhi hasn't posted any images or videos from her wedding on her Instagram account, but there is a picture of her and Adil that has gone viral on social media, suggesting that they are both now married. Rakhi and Adil can be seen carrying their marriage license in this snap while posing for pictures while also sporting garlands. Both are beaming as they stand for the photograph. Adil wore a black shirt and pair of slacks, while Rakhi wore a suit. Adil Khan Durrani and Rakhi Sawant began dating, for the uninitiated, following the actress's divorce from her ex-husband Ritesh. She eventually revealed to the press and her fans that Adil, a businessman from Mysore, was her boyfriend. Both have been very outspoken about their romance and were frequently spotted out and about in the city.

Rakhi is going through a hard time because she recently posted a video from Taj Memorial Cancer Hospital explaining her mother's condition. The actress disclosed that her mother was hospitalized after being given the news that she had both a brain tumor and cancer. Have you Heard? Controversial queen Rakhi Sawant gets arrested by Police; Know here WHY? 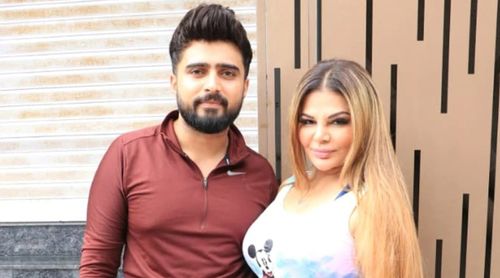 Rakhi Sawant claimed that her husband, Adil Khan Durrani, cheated; Check out what she wants to say!