Pratik says that his bond with Akasa is the same as it was while they were inside the Bigg Boss house.

Pratik Sehajpal and Akasa Singh, who featured in the popular music video Saamna, have impressed all with their sizzling chemistry. The duo shared an excellent camaraderie on reality TV show Bigg Boss. Even after the show ended, the duo were spotted hanging out together in the city. This led to speculations that the two are in a relationship. However, Pratik Sehajpal has put an end to all the rumours about the two and clarified that they are just good friends.

"We have never dated and have both been completely honest about it. We are good friends and have maintained that friendship even after the show. Therefore, we have always denied such rumours and that's what the truth is. We have always supported each other and will continue to do so," Pratik said in an interview.

He further revealed that his bond with Akasa is the same as it was while they were inside the Bigg Boss house; adding that the friendship was ‘real’ inside as well as outside the house.

Reminiscing about his journey on Bigg Boss, Pratik says, "My life has completely changed as people have supported me while I was in there and supported me after I came out. As much as it's a blessing, also sometimes you feel that there are so many things that took place for which you need to really be stable and focussed mentally. Thankfully, God has always been there with me." 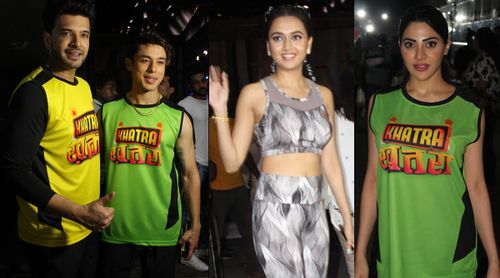