Actor Raj Anadkat, aka Tapu, from Taarak Mehta Ka Ooltah Chashmah has finally confirmed if he is still a part of the show or not.

Many actors have left Taarak Mehta Ka Ooltah Chashmah during the past couple of years. Clearly, the makers have enlisted the replacements. The show must go on, as they say. Raj Anadkat, who portrays Tapu in the Asit Kumarr Modi-produced series TMKOC, has reportedly left the show for some time. Raj replaced Bhavya Gandhi as the former Tapu in the show. Returning to Raj, he has now spoken out on rumours that he left TMKOC.

Raj Anadkat was recently questioned about his intentions to leave Taarak Mehta Ka Ooltah Chashmah in an interview. The actor replied, "My fans, my audience, my well-wishers, they all know that I am very good at creating suspense. I am an expert at creating suspense." Raj further remarked, when asked when he would end the suspense, "Whatever it is, I'll update my fans. When the time is right, everyone will get to know."

Raj Anadkat continued by saying that the rumours about his exit from Taarak Mehta Ka Ooltah Chashmah do not worry him. Asit Kumarr Modi, on the other hand, has not addressed the rumours of Raj leaving TMKOC. 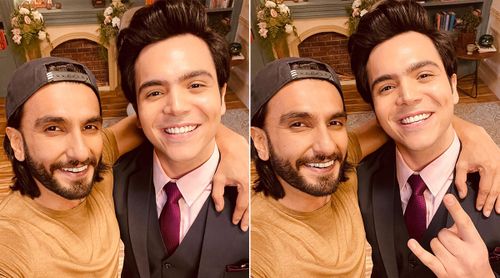