✕
✕
Your rating
Note: Click on the rating number you want to give for this movie.
BollywoodMDB
⟩
TV News & Adda
⟩
Randeep Rai shares the teaser of his upcoming music video Dil Tujhko Chahe

The song, featuring Ashi Singh along with Randeep Rai, will be released on BLive music.

Randeep Rai has shared the teaser of his upcoming music video, Dil Tujhko Chahe, which is presented by Sanjay Kukreja and Remo D’Souza. The song will be released soon on BLive Music.

Dil Tujhko Chahe will feature Ashi Singh along with Randeep Rai. Abhi Dutt has composed and sung the song. The music video is produced by Varsha Kukreja and directed by Dhruwal Patel and Jigar Mulani.

Ashi Singh is also a popular television actress. She portrayed the role of Naina Agarwal in Sony Entertainment Television's Yeh Un Dinon Ki Baat Hai (2017). In 2020, she appeared as Princess Yasmine in Sony SAB's Aladdin: Naam Toh Suna Hoga (2020). Since 2021, she has appeared as Meet Hooda in Zee TV’s Me (2018). 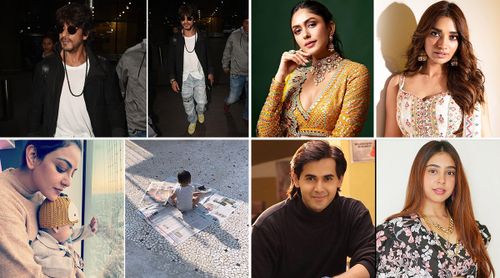 Randeep Rai OPENS UP about his rumoured relationship with Shivangi Joshi; Here’s what he has to say!