Star Bharat has launched a couple of exciting projects over the past few months and some of them are doing really well. It is set to entertain the audience with yet another intriguing show pretty soon.

According to reports, the upcoming show has been titled Bohot Pyaar Karte Hain and the makers have cast popular television actor Karan V Grover to play the male lead in it. The latest we hear is that actress Sayli Salunkhe has been roped in to romance Grover in the show. The two will play the lead couple.

Confirming the development, Salunkhe told a leading entertainment portal, "I want to put it out officially that I will be a part of Star Bharat's upcoming offering titled Bahot Pyaar Karte Hain. I'm extremely thrilled to begin this new journey. The viewers will get to see the promo of the show soon. I can't wait to know their reactions."

Bohot Pyaar Karte Hai is produced by Sandiip Sikcand. Both Grover and Salunkhe have previously worked with Sikcand. While Grover was a part of Kahaan Hum Kahaan Tum, Sayli played Raghav's sister in Mehndi Hai Rachne Wale. Stay tuned to this space for more updates. 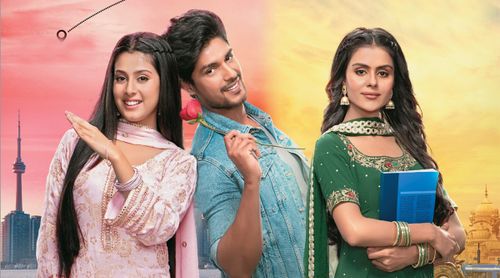