✕
✕
Your rating
Note: Click on the rating number you want to give for this movie.
BollywoodMDB
⟩
TV News & Adda
⟩
Siddharth Nigam on his relationship with Ashi Singh: ‘She is a very important part of my life’

Siddharth Nigam is one of the most well-known faces on television.

Siddharth Nigam has a sizable fan base on social media and is the darling of the audience. The SAB TV show Aladdin...Naam Toh Suna Hoga (2018 established him as a household name in the country.

His alleged relationship with Avneet Kaur has also made headlines. In Aladdin, Kaur played his co-star. Nigam has always denied they're dating. Later, Avneet Kaur was replaced on the show by Ashi Singh.

Despite the fact that many assumed the two were dating, Siddharth recently spoke up about his relationship with Ashi Singh in an interview. Ashi Singh is his best friend, he told a news outlet.

Ashi Singh, he said, was a pivotal figure in his life. He called her his best friend and stated they talked about their lives all the time. They discuss upcoming projects, said Siddharth Nigam. Even during the filming of Aladdin, they seemed laser-focused.

He said to the portal, "Now, we share about our upcoming projects. At times, I also take her opinion on whether I should take up a project or not."

On the work front, Sidharth has reportedly been cast alongside Salman Khan and Pooja Hegde in Kabhi Eid Kabhi Diwali. 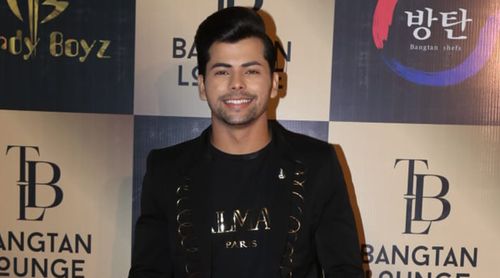