✕
✕
Your rating
Note: Click on the rating number you want to give for this movie.
BollywoodMDB
⟩
TV News & Adda
⟩
Splitsvilla season 14: Uorfi Javed is about to have a comeback with Ex Roadie contestant; Know here who he is?

In Splitsvilla season 14, Uorfi Javed will re-enter the villa, as she is known for her choice of clothes and social appearances. She has come back with an ex-Roadie contestant.

Splitsvilla 14 is back on MTV after completing its 13 seasons successfully and entertaining the audience. It is one of the most popular reality shows on television and is most loved and watched by the country's youngsters, and its concept only attracts youngsters to watch the show.

Contestants of the show Splitsvilla:-

The show premiered on MTV India on the 12th of November and streams on the digital platform Voot. The show started with 21 contestants, 11 girls, and 10 boys. For the first time, the show has an island for boys and girls. Isle of Venus for girls and Isle of Mars for boys. The contestants, Saumya Bhandari, Rishabh Jaiswal, Oviya Darnal, and Dhruvin Busa, got eliminated, and others are still competing with each other. Earlier social media influencer Uorfi Javed also left the show.

Uorfi Javed will reenter the show:-

social media influencer Uorfi Javed, who always appears in headlines for her choice of clothes, entered the show as a mischief-maker and left it. Recently, she announced that she would reenter the house along with ex-Roadies contestants. Her comeback will be stronger than before because earlier episodes show that her presence in the show had made it more interesting. The ex-Roadie contestant will also add more drama and action to the show. It will be very entertaining to watch their entry into the show. 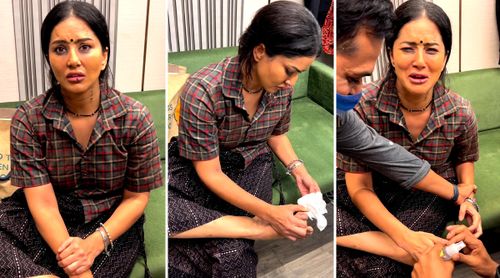