✕
✕
Your rating
Note: Click on the rating number you want to give for this movie.
BollywoodMDB
⟩
TV News & Adda
⟩
Sriti Jha joins Jhalak Dikhhla Jaa 10 as the latest wild card constant; Check out the new promo!

Jhalak Dikhhla Jaa is one of the most watched and loved reality dance shows in India. The show has returned to TV screens after a five-year break and is currently ruling the TRP rankings with each new episode on the weekends. Every week, contenders give it their all and either bring something new to the table or overcome the challenges set forth by the judges. And now it is reported that Kumkum Bhagya actress Sriti Jha will join the dance-based reality show as a wildcard candidate after the Kundali Bhagya actor Dheeraj Dhoopar left it due to health issues.

Watch Jhalak Dikhhla Jaa 10 every Saturday & Sunday at 8 pm only on Colors TV.

The official handle of Colors Tv shared the promo featuring Sriti and wrote, "Wild card entry ke saath karne wali hai Sriti Jha apna Jhalak Dikhhla Jaa ka safar shuru! Dekhiye #JhalakDikhhlaJaa aaj raat aur, har Sat-Sun, 8 baje, sirf #Colors par. Anytime on @voot." Sriti has demonstrated her ability to execute stunts, participate in the open mic, paint, and knit, and now she is ready to wow her followers with yet another talent. Although Sriti's performances have been seen by fans before, this voyage with Jhalak will change her into a professional dancer as she experiments with various genres in order to win the competition. 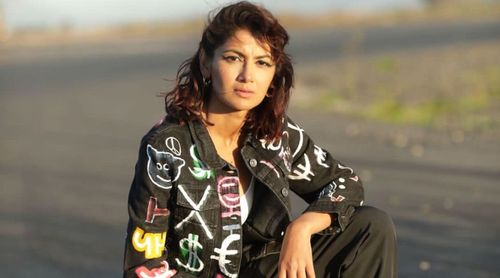 Why is Sriti Jha ‘absolutely petrified’?