✕
✕
Your rating
Note: Click on the rating number you want to give for this movie.
BollywoodMDB
⟩
TV News & Adda
⟩
Urfi Javed gets into a heated debate with Chahatt Khanna for making 'cheap' fashion remarks on her outfit

Urfi Javed, who rose to prominence with Bigg Boss OTT, frequently makes news for her bold outfit choices. Her style preferences have always been a topic of discussion, whether it is among celebrities or the ordinary public. She's been criticised by a few famous people for her daring fashion choices quite a few times.

Urfi Javed's sense of style has recently come under fire from television actress Chahatt Khanna, who called it "cheap." It all started when Chahatt Khanna posted images of Urfi's most recent appearance on Instagram, where she is sporting a yellow dupatta. Chahhat criticised Urfi, writing, "Who wears this? And on what streets? I mean anyone would remove their clothes and the media makes them a celebrity? Is Indian media so vulnerable? It’s easy to buy this cheap publicity and media.”

In a series of screenshots, Javed retaliated against Chahatt by saying, "At least I don’t buy followers! Also if you would do your homework, I was there for an interview which is none of your business, you are just jealous that even after paying the paps they are not covering you. @chahattkhanna also whatever anyone does on this earth is none of your business, why didn't you upload this story for Ranveer Singh? Shows your hypocrisy. See I didn't judge you for two divorces, dating way younger men so why judge me?"

Recently, Bollywood superstar Ranveer Singh and top fashion designer Masaba Gupta both lauded the Urfi for her sense of style. 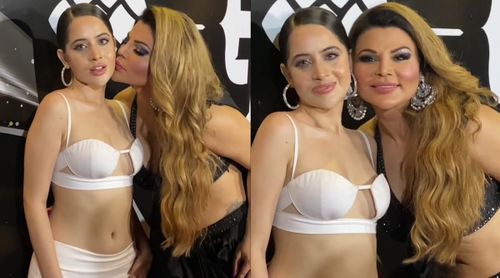