✕
✕
Your rating
Note: Click on the rating number you want to give for this movie.
BollywoodMDB
⟩
Web Series News & Adda
⟩
Arjun Bijlani reveals he gained 4-5 kgs to play a middle-aged man in Roohaniyat

Be it headlining a fiction show or hosting a non-fiction show, one actor that has struck the perfect balance between the two has to be none other than Arjun Bijlani. When it comes to working in the fiction genre, Bijlani never shies away from experimenting with his looks to bring freshness to his characters.

Talking to a publication, the actor recently revealed that he put on a lot of weight to get into the skin of his character in his latest series Roohaniyat, which is currently available to stream on MX Player for free.

Roohaniyat features Bijlani in the role of Saveer, a middle-aged man who believes that there is nothing like forever love. To look the part, the actor needed to gain some extra kilos, which he finally did.

“My character is about 38 years old. He has faced a lot of obstacles in his life which has made him the way he is - thick-skinned and a realist. I had to look older and more mature for the role, so the team thought a good way to portray that would be to gain weight. I gained about 4-5 kgs to really look the part,” he told the publication.

Bijlani added that an actor should be ready to adapt himself as per the requirement of his character. “I believe an actor must be willing to push their comfort boundaries to fully immerse into their character, there are no shortcuts. These subtle nuances about my appearance from my weight to my grown beard added a lot of flavour while building up Saveer. I hope the audience appreciates all the efforts gone into putting every tiny piece of this show together,” he signed off. 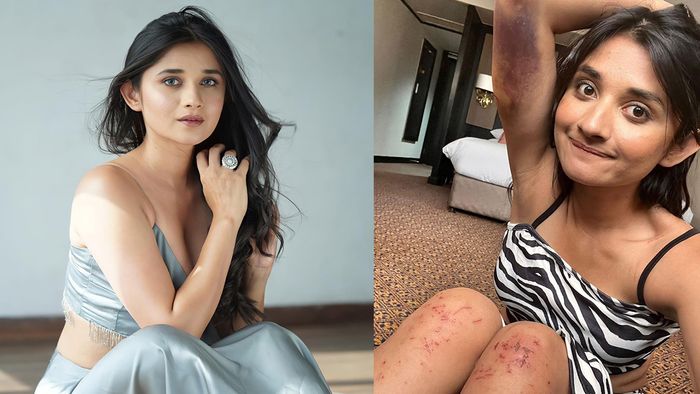