✕
✕
Your rating
Note: Click on the rating number you want to give for this movie.
BollywoodMDB
⟩
Web Series News & Adda
⟩
Divya Agarwal ecstatic as her performance in Abhay 3 garners glowing reviews

Divya Agarwal is not just a reality show queen; she is a brilliant performer as well. The actress is on cloud nine these days as her performance in the recently released ZEE5 show Abhay 3 has received glowing reviews from critics and audiences alike.

Agarwal plays the character of Harleen in Abhay 3, which also features Kunal Kemmu, Asha Negi, Vijay Raaz, Tanuj Virwani, and Vidya Malvade on the cast. While the show has been praised for its gripping storyline and taut direction, Agarwal has been praised for her performance in particular.

Talking about the same, she tells a publication, “The reviews for my character Harleen in Abhay 3 have honestly been a surprise package for me! Being recognized as more of an actor now, is an amazing feeling!”

She goes on to add that playing Harleen was challenging for her. “Playing Harleen was a challenge but one I truly enjoyed! From being the bubbly and cute in love social media star to switching to a killer on the loose required me to be in two different mindsets at all times for the role, but that in itself was a major learning process for me and there was so much I grasped upon whilst getting into the skin of my character, which has helped me build myself as an actor even more,” she said.

Abhay 3 is currently streaming on ZEE5. 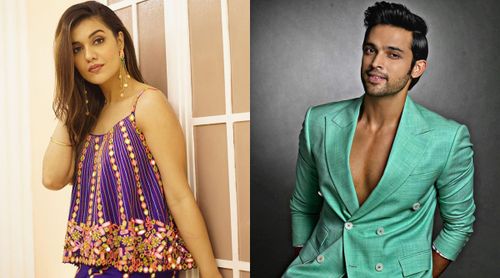 KKK12: Divya Aggarwal turns down Rohit Shetty’s reality show because of THIS reason Karan Kundrra teases fans with his new look for his next