✕
✕
Your rating
Note: Click on the rating number you want to give for this movie.
BollywoodMDB
⟩
Web Series News & Adda
⟩
Here are 9 new K-Dramas that are worth watching in BINGE MODE! It’s time to add them in your watch list!

Here are 9 new K-Dramas that are worth watching in BINGE MODE! It’s time to add them in your watch list!

Prepare to see Cha Eun Woo of ASTRO bring to life a new webtoon and Lee Min Ho ride a spacecraft through the Milky Way.

K-Drama fans had a terrific year in 2022. Everyone could watch something to stream while lounging with their bowl of ramen, ranging from the popular office rom-com Business Proposal to the high school zombie saga All Of Us Are Dead to an emotional rollercoaster like Snowdrop for those who enjoy sad stories. With their endearing plots and characters, the bulk of last year's series set a very high bar; this year, there are some notable comebacks and much awaited sequels.

The complete list of new K-drama series for this year is provided below.

This tale of retribution has already gone viral online. After being bullied, a young woman portrayed by Song Hye-Kyo makes her triumphant comeback and decides to drop out of school. She then sets out on a journey to exact her own revenge. She develops her strategy by taking on the role of primary school teacher for the kid of the bully who tormented her the most. The first episode of the K-drama is currently airing, and the second will follow by the end of March.

The protagonist of this K-drama, Jang Tae-Sang, played by Park Seo-Joon, is a successful businessman. He is regarded as the most alluring and trustworthy man in Bukchon, Gyeongseong. His skills, which include his fast thinking, great insight, and sociability, have helped him become where he is now. He eventually becomes engaged with Yoon Chae-Ok, who is portrayed by Han So-Hee and is well-known for being a todugun (a person who locates the lost), as well as being an expert with guns, knives, and machinery. It's been ten years since her mother vanished. Yoon Chae-Ok arrives in Gyeongseong in search of her mother. She meets Jang Tae-Sang there and they start dating. They investigate a number of puzzling missing person cases before discovering a dreadful truth. By the middle of 2023, the K-drama will be released.

3. WHEN THE STARS GOSSIP/ASK THE STARS With a sci-fi romance that takes place both in space and on Earth, Lee Min Ho, known as the romance king of K-drama, is making a triumphant comeback to our screens. The female lead in the K-drama, played by Kong Hyo-Jin, is now ready to grace our screens after getting married. Pachinko on Apple TV is where Lee Min Ho was last spotted. Recently, the cast posted some behind-the-scenes photos to their Instagram accounts. 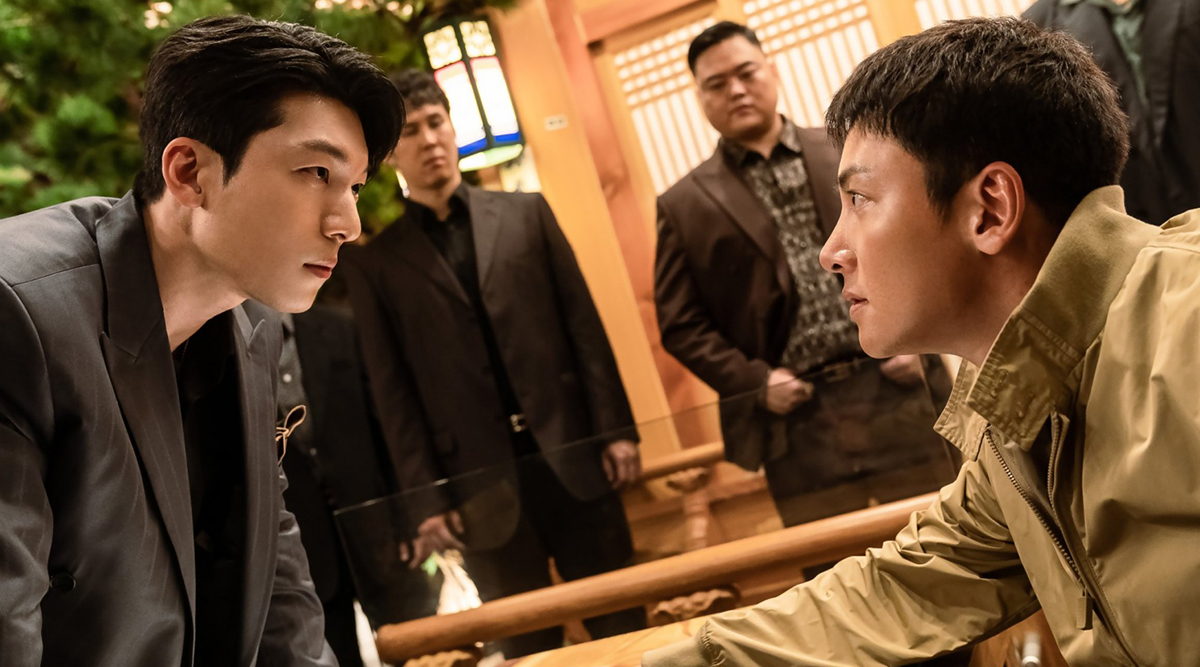 Ji Chang Wook is well-liked by his fans and is well-known for his action parts. He is prepared to return to acting as Park Joon-Mo, a police officer. Park Joon-Mo infiltrates a criminal group while leading a drug investigation that leads into the drug traffic between South Korea, China, and Japan. Yoo Ui-Jung is Park Joon-wife Mo's at the moment (Lim Se-Mi). She gets entangled in the drug investigation her husband is working on because she is also a police officer. With them makes an appearance Jung Ki-Cheol (Wi Ha-Joon). He is the affable leader of a recently established criminal organisation.

This K-charming drama's love story between married couple Baek Hyun-woo and Hong Hae-in will satisfy your craving for romance. Hyun-woo, a self-made man from the village of Yongdu-RI, is married to Hae-in, a member of the Chaebol family, who owns Queens Group and is responsible for its management. Will their marriage withstand all of the upcoming difficulties? The debut is scheduled for the second half of 2023.

This love story, from the creator of the wildly successful programme Crash Landing On You, is based on a well-known webtoon of the same name. The story centres on Yang Se-jong character Joon, who arrives into a new apartment on the first day of college and meets Suzy's stunning Doona, a former K-pop idol, who is residing downstairs. Joon initially tries to avoid her, but he finds himself becoming more and more interested in learning more about her fascinating life. Temperature of Love, Still 17, and Dr. Romantic are only a few of the dramas where the actor has demonstrated his versatility. Twenty One Kim Tae-Ri makes a comeback with a horror tale after presenting a massive hit show Twenty Five. The devils call when the entrance to another world opens. One of the demons takes possession of Kim Tae-Ku Ri's San-Young in the movie. Ku San-possessing Young's demon is visible to Yeom Hae-Sang, who is portrayed by Oh Jung-Se. The investigation into the unexplained deaths connected to the five sacred items continues as the novel progresses. This programme is intended for viewers who enjoy binge-watching medical dramas. Following the previous season's enormous success, the producers have returned with the much awaited second instalment. The series centres on Dr. Kim Sa-bu, a brilliant physician who practises at Doldam Hospital, a tiny rural hospital. The main theme of the play is the devotion of Dr. Kim and his staff to the noble profession. It is now official that Cha EunWoo from ASTRO will always be the leading candidate for K-dramas based on webcomics. The story promises to be entertaining, despite the title's odd sound. In the fantasy romance drama A Good Day To Be A Dog, HaeNa, who is trying to avoid her first kiss due to a family curse that would turn her into a dog, and SeoWon, the only person who can remove the curse but is utterly terrified of dogs, are the two main characters.