✕
✕
Your rating
Note: Click on the rating number you want to give for this movie.
BollywoodMDB
⟩
Bollywood News & Adda
⟩
Rumoured couple Ananya Panday and Ishaan Khatter spotted together while returning from their New Year vacay

While many B-Town couples spent their New Year Vacation together, Anaya Panday and Ishaan Khatter, who are rumoured to be dating secretly, were spotted together returning from their vacation in Ranthambore.

An Instagram reel where Ananya Panday and Ishaan Khatter are seen at the airport is doing the rounds on the internet. It is believed that the rumoured couple spent their New Year together in Ranthambore and were spotted together on their way back home.

In the reel, we can see Ananya fashioned a white sweatshirt with ripped jeans while styling a yellow handbag. Ishaan styled a black shirt and jacket with grey cargo pants. He also wore a brown beanie cap and sunglasses. 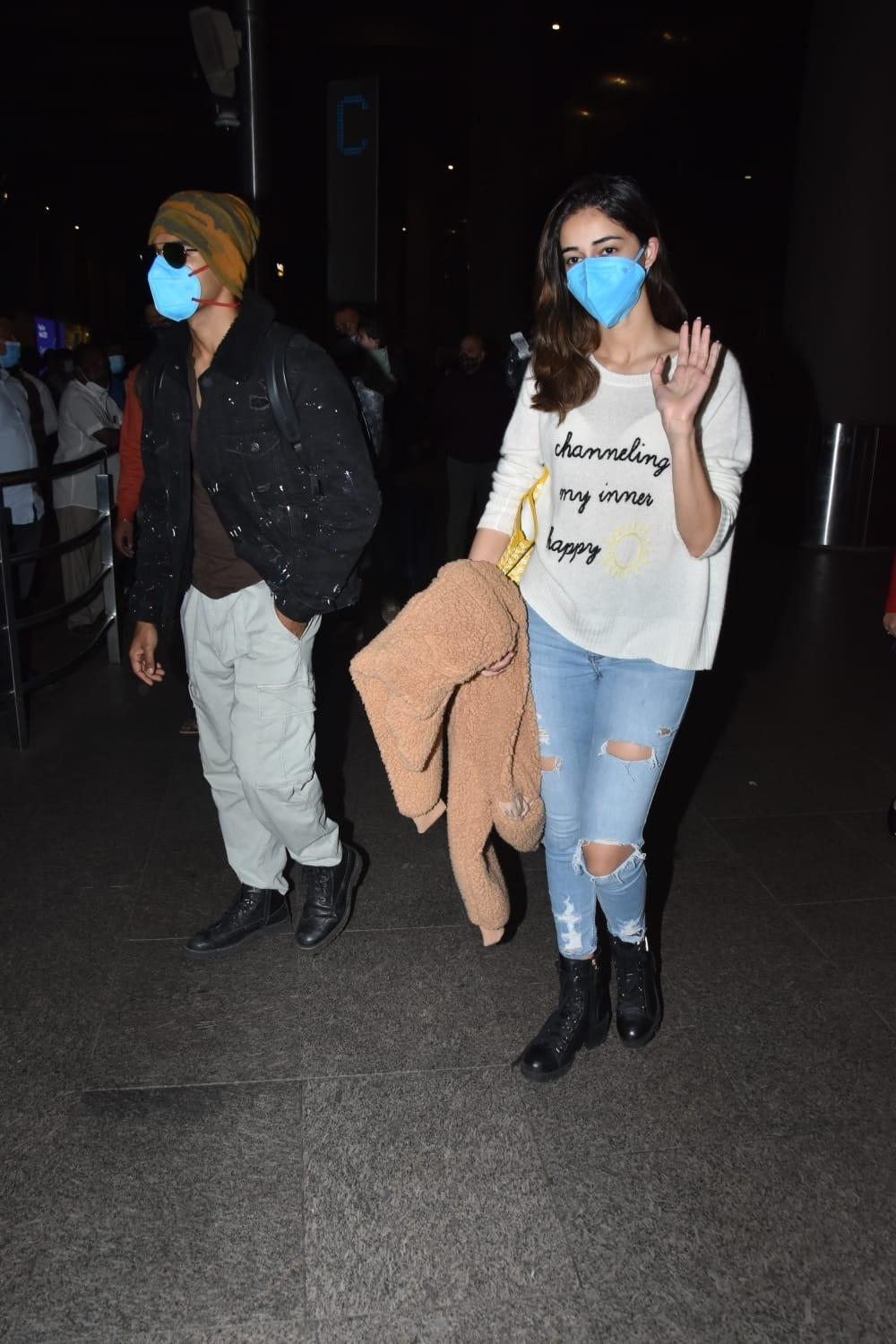 Last year, the duo celebrated New Year in Maldives. Ishaan had shared a picture on his Instagram story in which Ananya is sitting on a hammock in the middle of the beach and the blue ocean in the background. The actor wrote ‘My Panorama’ with the story, which got fans thinking if the couple is dating or not?

Ishaan Khatter, on the other hand, made his Bollywood debut as a lead actor with Dhadak (2018), whereas his first screen appearance was with the film Beyond the Clouds (2017) where he played the role of a drug dealer.

beyond the clouds articles