Get the most recent celebrity gossip and news from the Bollywood industry. Additionally, find complete information on the release date for Bollywood movies. The latest information was provided by Bollywood actor Priyanka Chopra, who on Wednesday morning published a picture of her daughter Malti Marie Chopra Jonas. Their daughter's half-face is visible in the picture, her eyes hidden by a warm wool cap. Priyanka used the words "I mean..." and multiple heart-eye emojis in an emotive Instagram message. Read More 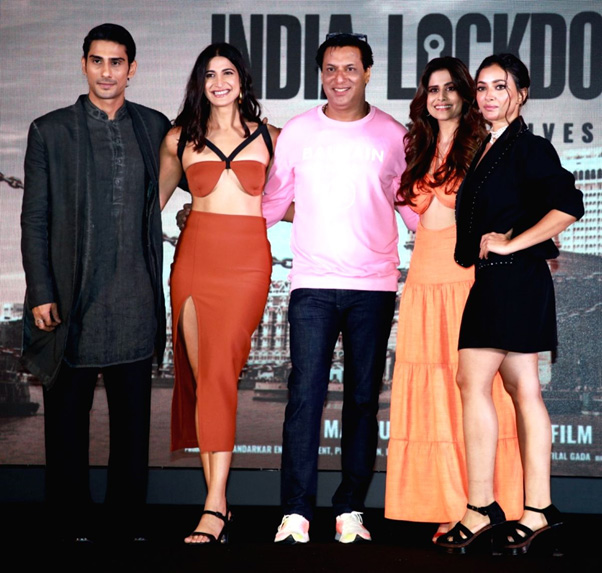 The film director was stunned and overwhelmed by the response to his movie, "India Lockdown." It was shown at the Indian International Film Festival. It was the movie's first public showing, and the audience responded favorably. Read More

3. Read on to learn more about Karthi's significant UPDATE on the production of his blockbuster movie "Kaithi" 2! His films Sardar and Ponniyin Selvan commercial success I have been an ongoing success for actor Karthi. The actor is getting ready for the debut of his upcoming movie, Japan, but he is also looking forward to hearing how the public will react to his planned sequels. He is incredibly enthused about Kaithi 2 and its director Lokesh Kanagaraj. The actor recently recalled how the endeavor started as a small idea and developed into one of the year's biggest blockbusters. Read More

4. In Delhi and Rishikesh, Arjun Kapoor will shoot the second half of his upcoming film. Arjun Kapoor has subsequently left to start production in Delhi and Rishikesh after recently wrapping off the UK section of his new romantic comedy.

Mudassar Aziz is reportedly returning to the film, which also features Bhumi Pednekar and Rakul Preet Singh. A source claims that Arjun has already begun work on the movie, and Rakul and Bhumi will shortly follow. Arjun has always found success in the romantic comedy genre, and in the film, he is portrayed as the hero that the audience has always wanted to see. Read More The movie was released four days ago, and its first-weekend box office receipts were Rs 64.14. The most recent source states that Drishyam 2 had sold out showings and filled houses on Monday, bringing the total box office receipts to between Rs. 10.75 and Rs. 11-75 crore. Read More